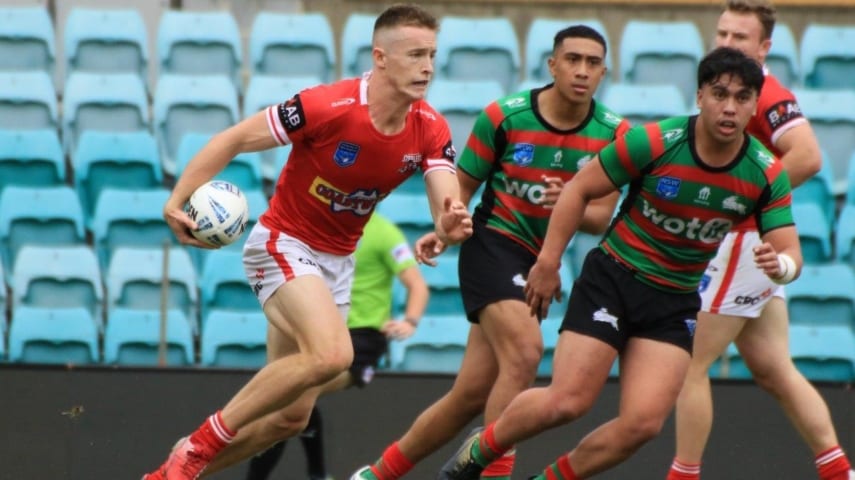 The Steelers SG Ball Cup side join the Tarsha Gale Cup team in Week Two of the NSWRL Junior Representative Competitions after a convincing 46-14 win over the Rabbitohs in their Elimination Final on Saturday at Leichhardt Oval in Sydney.

Leading 24-0 at halftime through tries to Benjamin Lavender, Jackson Shereb and a double to fullback Tyrell Sloan, the scarlet and whites continued to pile on the points in the second half with Sloan picking up his hat-trick. Alexander Lobb finished the match with 7 from 8 conversions.

Glenn Buffolin’s side will now take on the minor premiers the Sydney Roosters, looking to reverse their 28-16 loss to the tri-colours back in Round 2.

Meanwhile, the Steelers Tarsha Gale Cup side also meet the Roosters in their semi-final clash, with the Steelers taking the honours 10-4 the last time these two teams met.