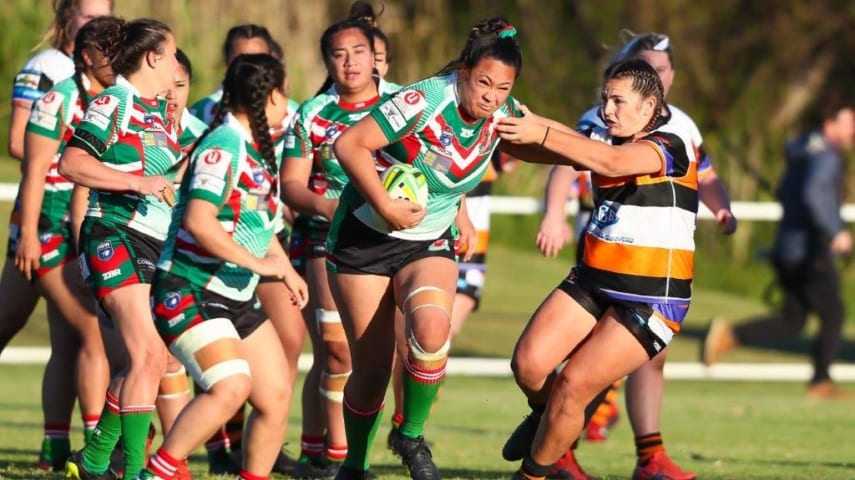 Illawarra Rugby League (IRL) is pleased to announce the return of South32 Illawarra Metallurgical Coal as naming rights partner of the Illawarra Women’s Rugby League in 2021.

Corrimal, Dapto, Stingrays of Shellharbour and, for the first time, Mount Warrigal Koori will compete for the South32 Open Women’s tackle title commencing on May 28. Meanwhile, 11 teams are already participating in an expanded South32 Open Women’s LeagueTag competition that kicked off in early April.

Steelers chairman Graeme Gulloch welcomed South32’s continued support, especially as the code and community attempt to re-establish a sense of normality after Covid-19.

“Last year was a difficult year for everyone because of the pandemic. Without doubt, sport brings people together, and has the power to heal wounds. This would not be possible without the support of companies such as South32.”

Female participation has grown almost 20% on last year with the addition of a fourth team in Women’s tackle and Leaguetag increasing from 7 to 11 teams.

South32 Illawarra Metallurgical Coal Vice President Operations, Wayne Bull said: “It’s a great honour for South32 to once again sponsor the Illawarra Women’s Rugby League. More women, of all ages, are playing rugby league in the Illawarra and it is brilliant that we are able to support that growth.

“On behalf of South32 Illawarra Metallurgical Coal, I would like to wish all the competing teams a successful, safe and injury-free season and I look forward to seeing the region’s young female rugby league stars pursing their sporting ambitions into the future.”

South32 was previously the IRL’s major junior and senior league partner, including the inaugural naming rights sponsor of the Illawarra Coal Cutters who played in the NSWRL’s Intrust Premiership, culminating in their first premiership in 2016.

The partnership supports the IRL’s vision to continue developing female pathways in the Illawarra, including supporting local clubs, and running the women’s competitions.

Illawarra Metallurgical Coal has been producing premium quality, hard coking coal for steelmaking for international and domestic customers, for over 85 years.