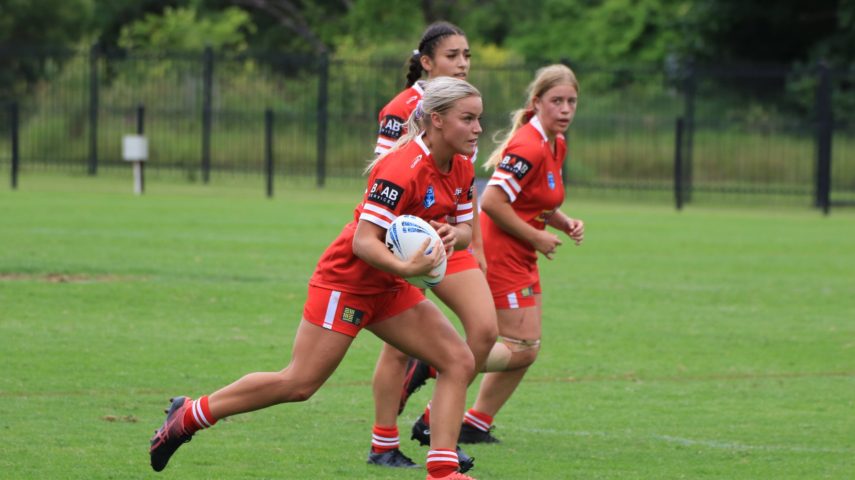 Update 29 March 2022: Unfortunately, after several attempts to play the Tarsha Gale Cup Round 4 game scheduled for Tuesday evening 30 April, it has again been washed out. NSWRL have now cancelled this game and the result will be recorded as a draw.

The Steelers Tarsha Gale Cup side played out a 10-all draw with the Bulldogs in their Round 7 fixture at Belmore Sports Ground on Friday evening.

A Nanise Vakacavu four-pointer in the 24th minute gave the hosts a 4-0 lead, which they held onto at the break.

Second-rower Mackenzie Lear put the Steelers on the board midway through the second half before Lily Rogan converted her own try, giving the visitors a 10-4 lead with less than 10 minutes remaining.

The Bulldogs struck back through a converted try to Vakacavu, breaking through the Steelers defence for her second try of the match.

The Steelers now share 4th place with the Newcastle Knights, their upcoming opponents in a washed out Round 4 fixture on Tuesday, 29 March, before taking on the 2nd placed Eels this Saturday.

SG Ball and Harold Matts had a bye in Round 7.

Update 30 March: This weekend’s Round 8 games will now be played at Kellyville Park, Kellyville as all council grounds in Illawarra and Group 7 washed out and WIN Stadium unavailable.