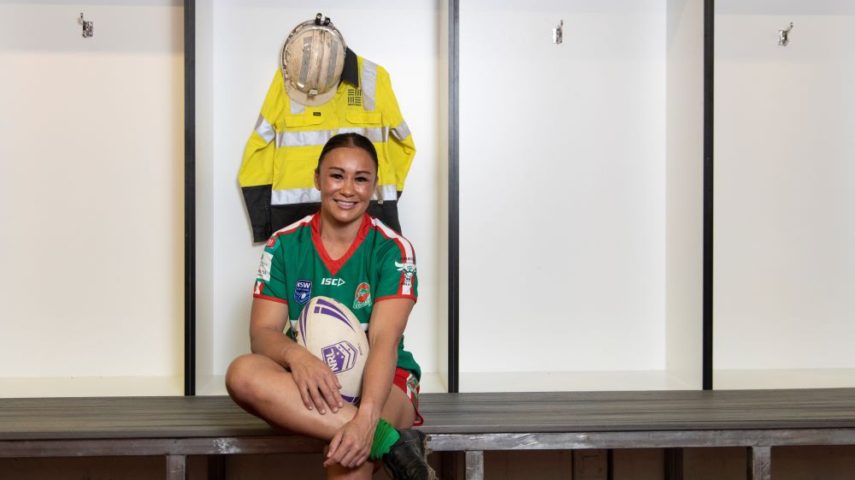 Illawarra Rugby League Open Women’s teams, Corrimal Cougars and Stingrays of Shellharbour, got their 2022 campaigns off to a winning start last weekend.

Meanwhile, centre Shante Lenartowicz starred for Stingrays bagging a double in her sides 8-0 win over the Narellan Jets.

In the Under 18’s Division, the Cougars scored seven tries to two in a convincing 36-0 win over the Magpies, while Stingrays had the bye.

Is it difficult balancing work and playing commitments?

We’re lucky our playing commitments are conducted outside of normal business hours.  We train on Tuesday and Thursday night and play our competition games on weekends.  I’m fortunate enough to work during business hours and working for a company like South32 with flexible working conditions also offers a good work/life balance.

Tell us about your involvement in the women and girls’ program?

This is the third consecutive year South32 has sponsored the Illawarra Women’s Rugby League program. It’s about encouraging more women and girls of all ages to participate, and supporting local elite level players to achieve their ambitions of higher rep honours.

This year, South32 have extended their support to the Illawarra Junior League which includes more than 1200 girls playing in Tackle and Leaguetag competitions.

With so many girls coming through the ranks, how important is that kind of sponsorship and support?

Having the continued support from South32 helps us create pathways for aspiring young female athletes to fulfil their dreams by playing a game they love and enjoy right here in their hometown by playing for teams based here in the Illawarra.

How strong is the local talent pool?

We have some very talented and enthusiastic female athletes right here in the Illawarra. They have all been a part of the local competition supported by South32 before moving onto higher representative honours.

Players such as Rachel Pearson, Keeley Davis, Kezzie Aps, Jade Etherden, Jamie-Anne Wright, Rikeya Horne, Teagan Berry and Shakiah Tungai who have either played in the NRLW or gone on to represent NSW or Australia.

In the recent Country Championships the Illawarra South Coast Dragons placed third, again showing the strength of women’s rugby league in the region.

You’re a long-time supporter of Illawarra women’s rugby league, what does it mean to you?

We’re home grown and proudly representing the Illawarra. Even though we’re playing in the Macarthur comp, that’s the badge we want to continue to represent.